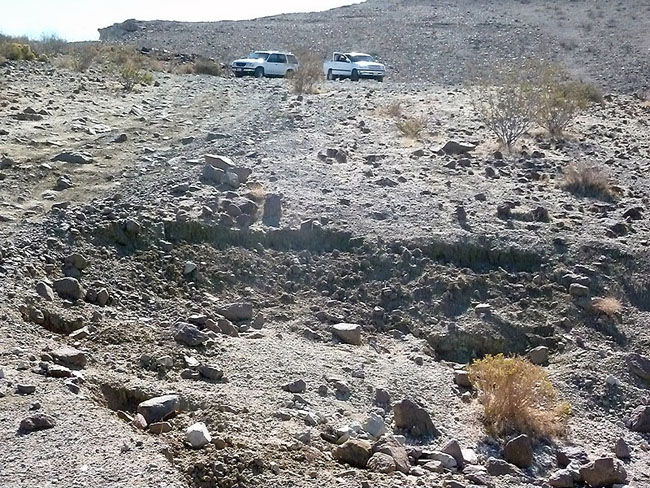 Starting out at Gem Hill. This is one of the pits for black and grey agate. Another pit is to the left of the road. 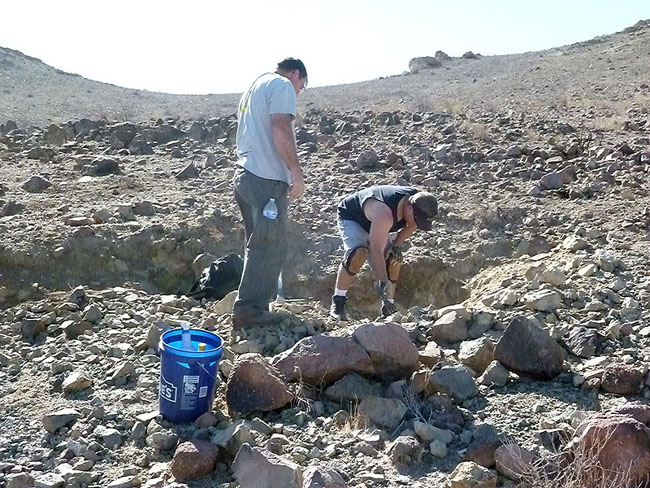 Greg working the green opalite pit with Ron looking on. 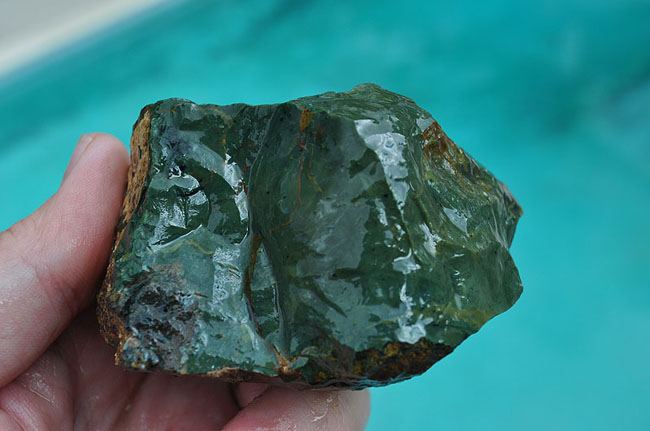 Some of the green opalite pulled from the pit. 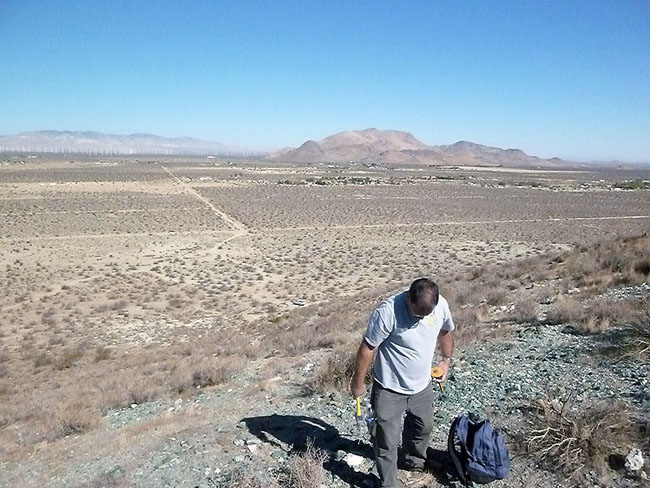 Ron at the top of Gem Hill. 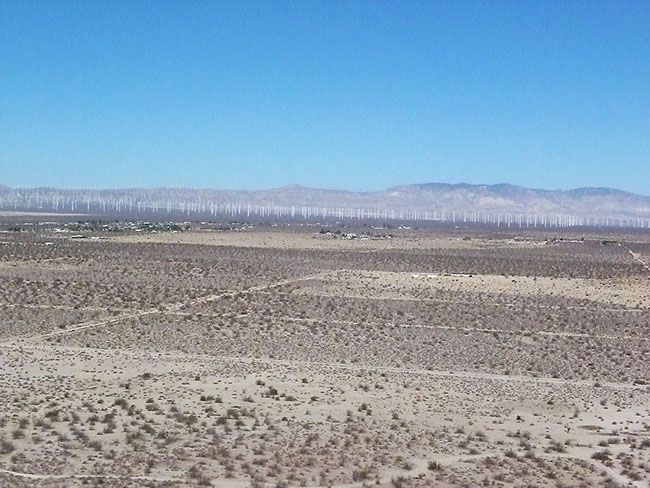 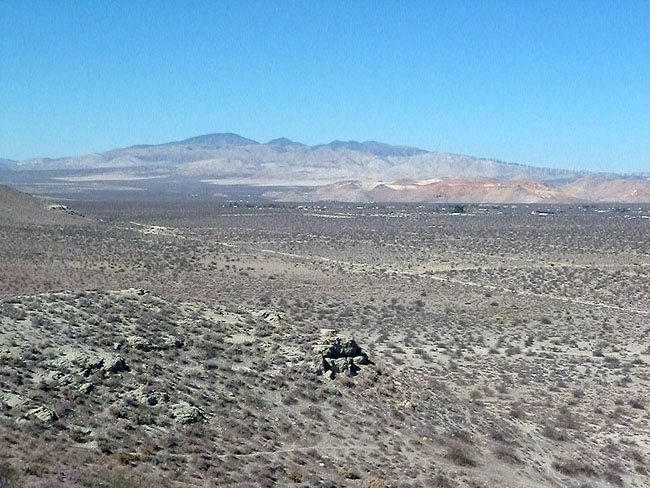 More views from the top of Gem Hill. 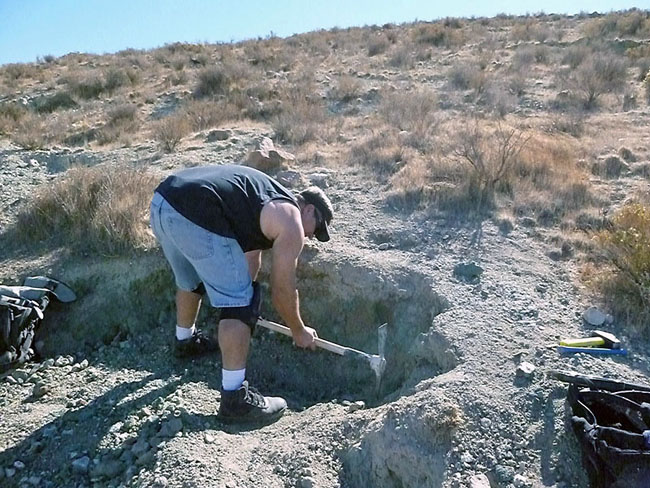 Greg working the brown-red agate pit from the top of Gem Hill. 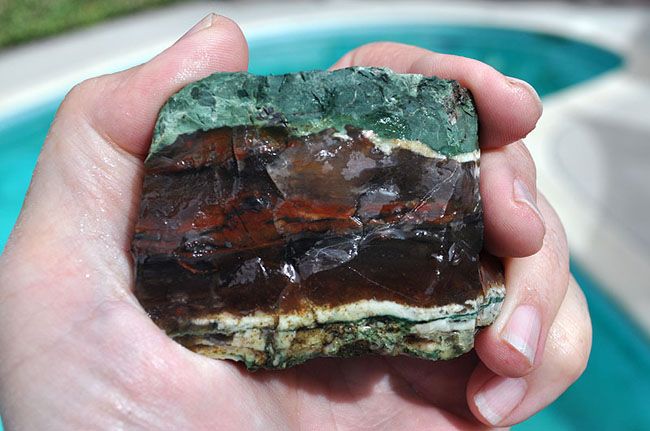 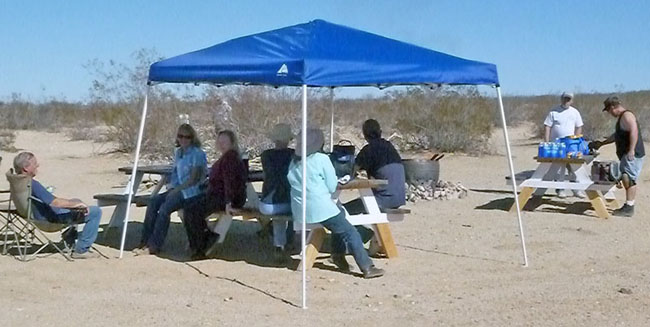 Time for everyone to take a break at the club’s travertine mine. Everyone had a good time eating hot dogs. 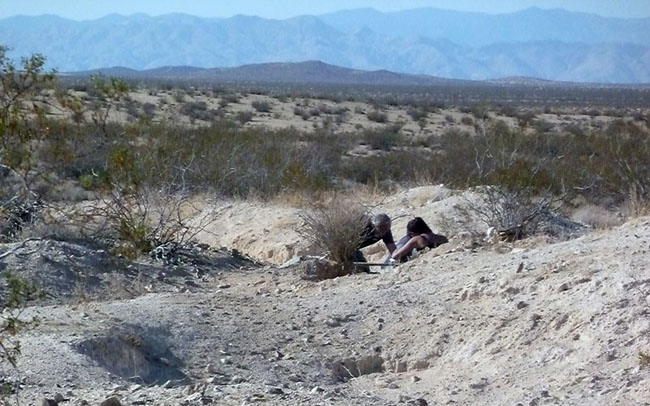 Ron helping some club members in one of the many pits at the mine. 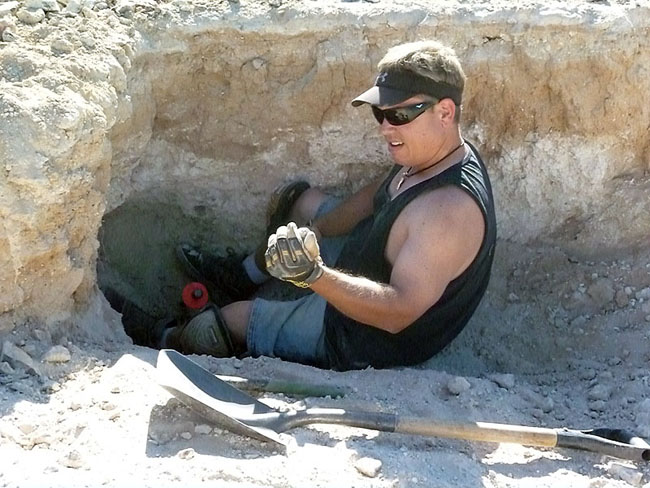 Greg checking out a piece of travertine. Is it a keeper? 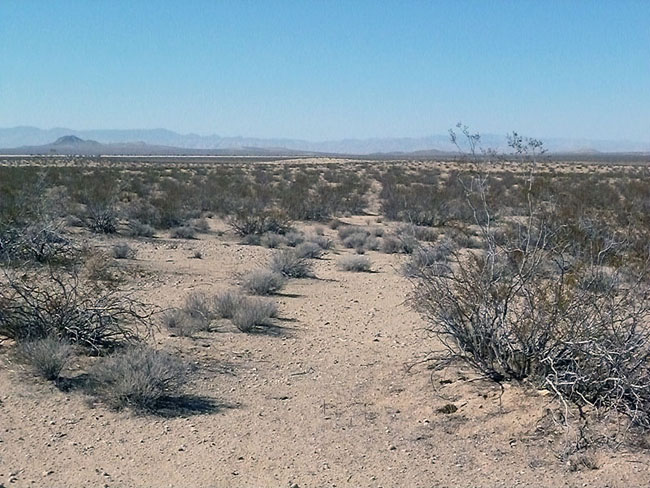 View from the club’s claim. 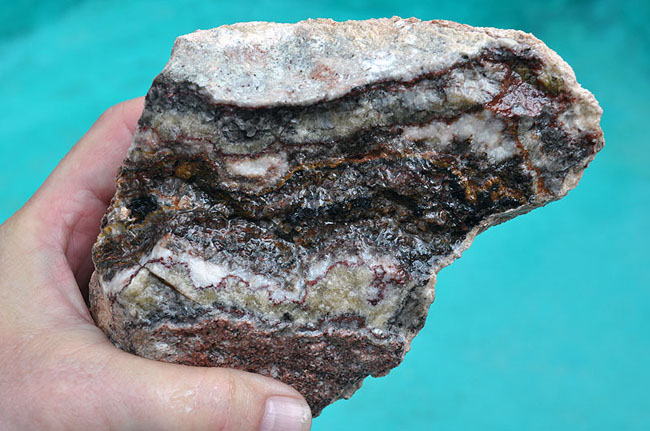 Nice travertine taken from the claim. 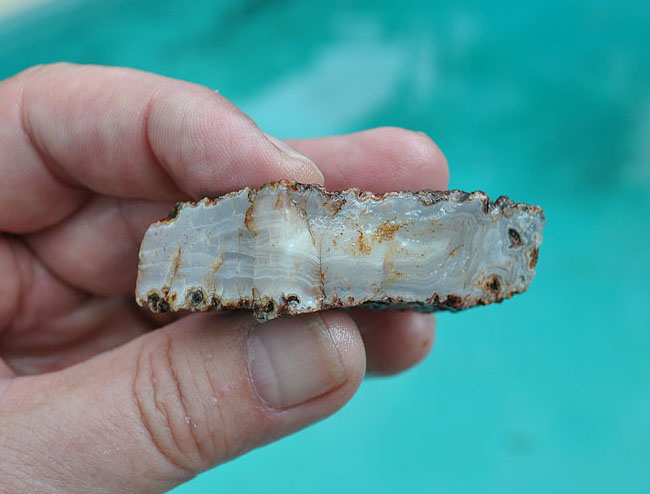 On the way home, Greg took Ron, Norma and Larry to Acton to pick up some grey-white banded agate float.