The World’s 10 Most Deadly Minerals

Precious minerals make the modern world go ’round—they’re used in everything from circuit boards to tableware. They’re also some of the most toxic materials known to science, and excavating them has proved so dangerous over the years, some have been phased out of industrial production altogether. Listed below are the 10 most deadly minerals on earth. These rocks do not need to be thrown to hurt you!!! 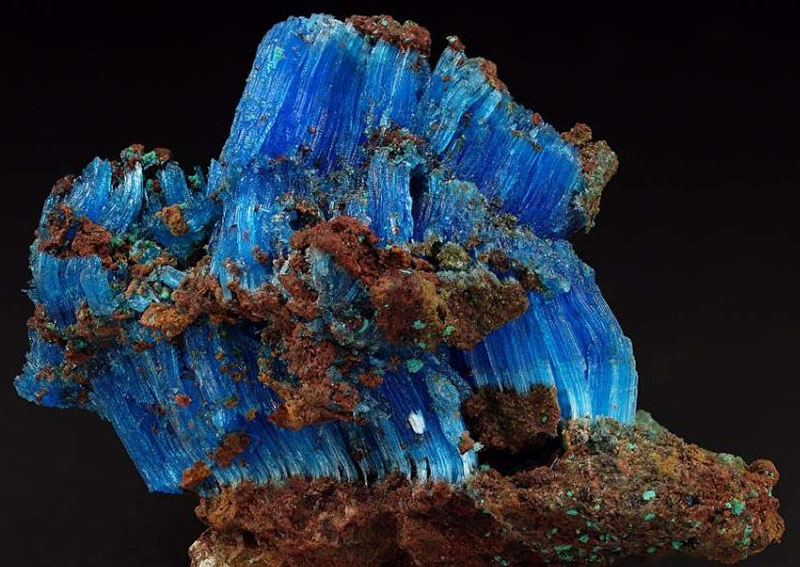 Chalcanthite is a hydrated water-soluble copper sulfate. The mineral is used to ore copper, however it’s necessary to keep the environment dry as the mineral can easily dissolve and recrystallize in a wet environment. It is water soluble and will crystallise out again from solution. The copper in this mineral is very bio-available and is toxic to plants and in high quantities toxic to humans. 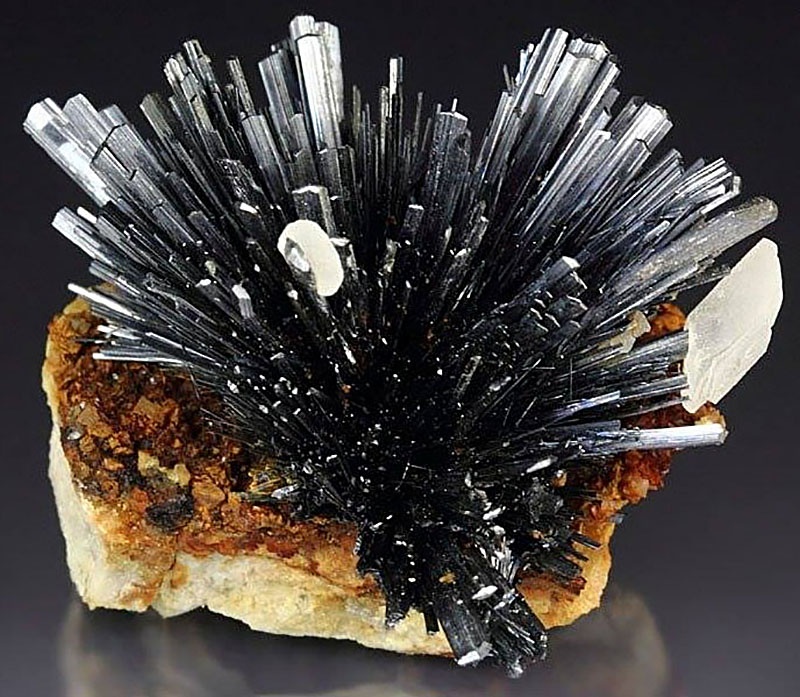 Stibnite is a toxic antimony sulfide mineral with an orthorhombic crystal lattice and a source of metalloid antimony. Stibnite paste has been used for thousands of years for cosmetics to darken eyebrows and lashes. The mineral was also used to make eating utensils, causing poisoning from antimony ingestion. 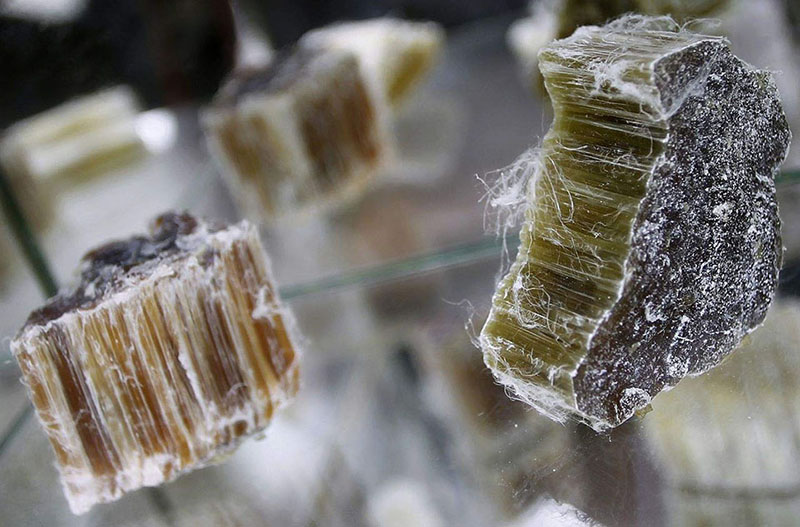 You have likely heard of the mineral asbestos and associate it with lung cancer. Asbestos is not one mineral but six defined separate minerals. Unlike the other minerals in the top 10 deadliest. This silicate mineral grows thin fibers crystals that can easily break off and form dust particles. And it was once widely used for a variety of commercial and industrial applications thanks to its strong, fire-resistant, and flexible nature—from ceiling tiles and roofing materials to flooring and thermal insulation. The fibers can cause lung cancer, mesothelioma, and asbestosis. 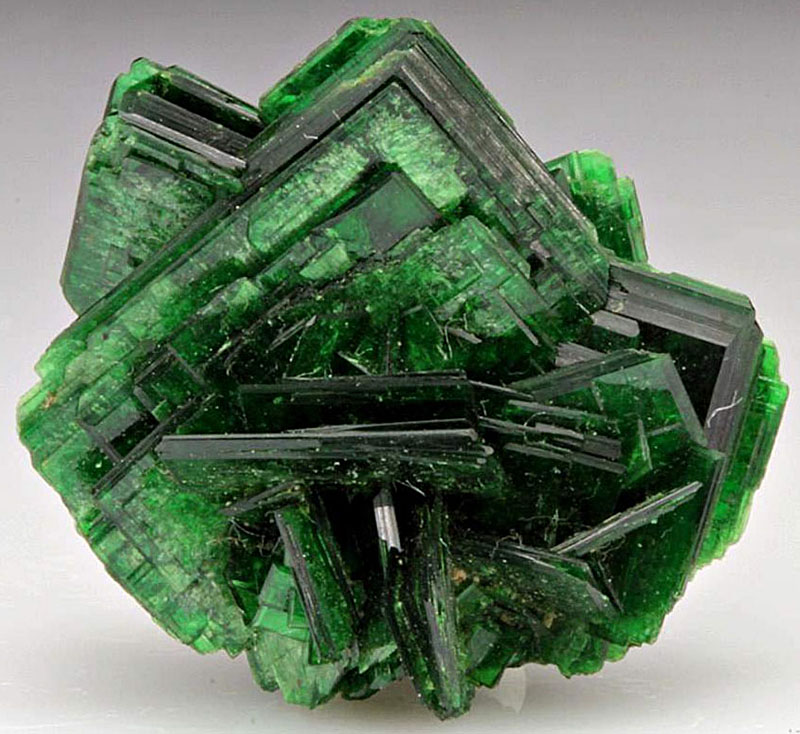 Torbernite is a dangerous mineral composed of hydrated green copper, phosphate, and uranyl. The mineral is often found in granites that contain uranium and is dangerous due to its radioactive nature. The mineral releases radon naturally and can cause lung cancer if exposure is long enough. This is one mineral you do not want on your display cabinet shelf. 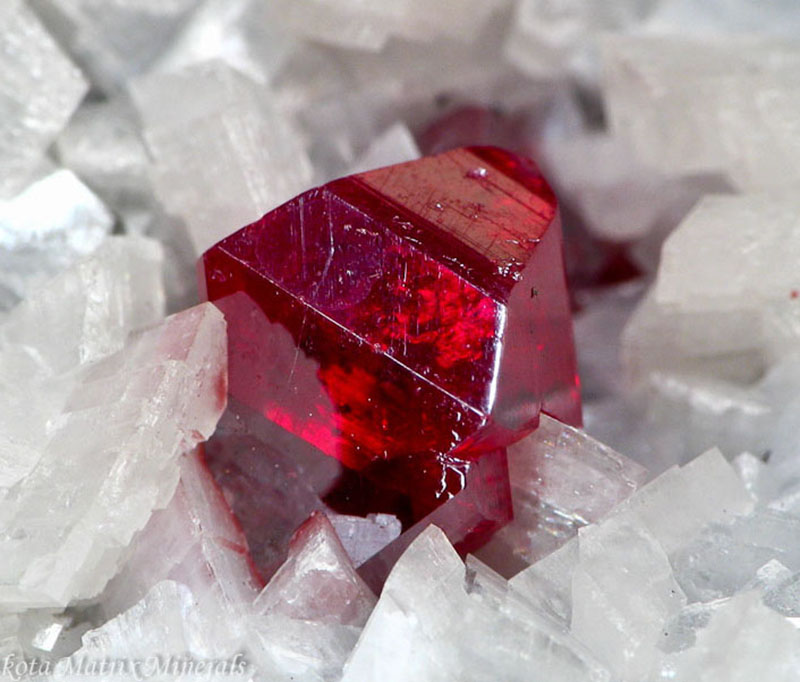 Cinnabar is a deep red mercury sulphide mineral that provides much of the world’s elemental mercury. when oxidized, this element will produce methyl mercury and dimethyl mercury, two toxic compounds that cause irreparable harm to the nervous systems of children. It is deadly in small concentrations and can be absorbed through the respiratory tract, intestines, or skin. 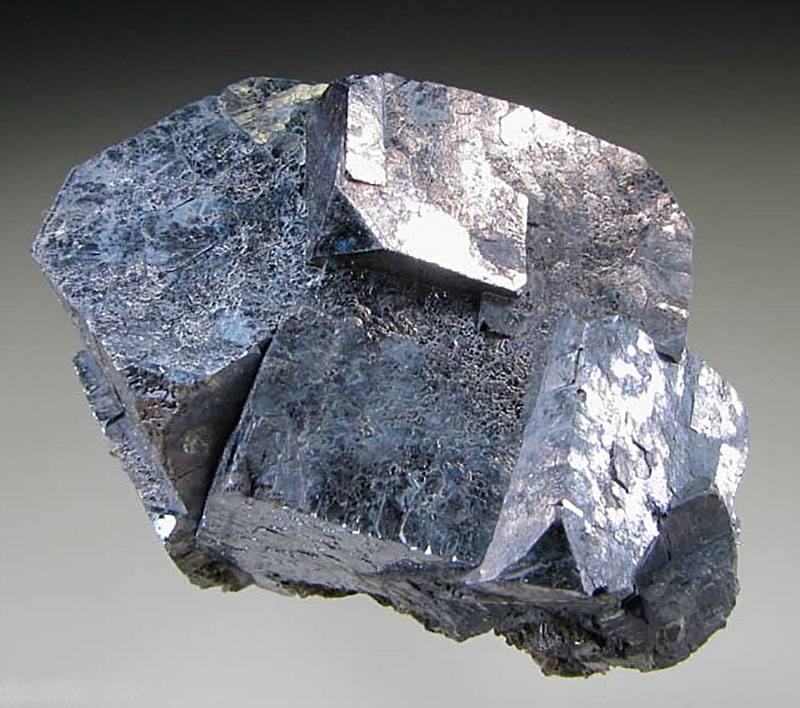 Galena is one of the most abundant and widely distributed sulfide minerals. Galena is the principle ore of lead, and forms glistening silver cubes with almost unnaturally perfect shapes. Although lead is normally extremely flexible, the sulfur content of galena makes it extraordinarily brittle and reactive to chemical treatment. It’s not as bad as mercury, which will kill you immediately outright, but lead doesn’t get flushed out of your system. It accumulates over the years, eventually reaching toxic levels. Once that happens both you and your kids pay the price, as lead toxicity is carcinogenic to you and is teratogenic (causing severe birth defects) to your offspring. 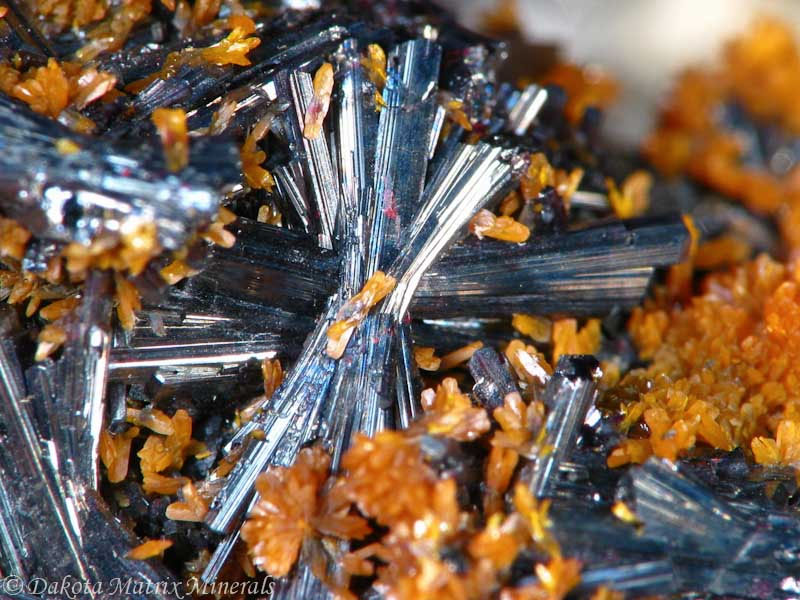 Hutchinsonite is a form of arsenic sulfide with thallium and lead that can be found in hydrothermal vents. Thallium salts are nearly tasteless and highly toxic and have been used in rat poison and insecticides. The thallium inclusion in this arsenic sulfide combines two extremely dangerous and deadly minerals. Exposure to this mineral can potentially lead to death. 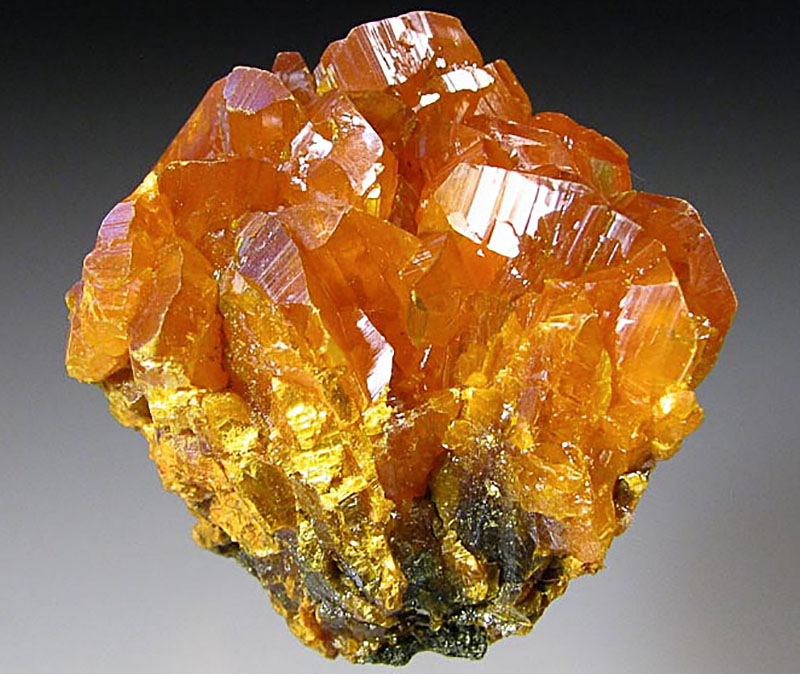 Orpiment is another arsenic sulfide mineral with a stunning orange-yellow color. The mineral is found naturally in hydrothermal vents, hot springs, and fumaroles. Strangely, this mineral was once used medicinally in China despite its toxicity and in alchemy in search for a way to create gold. The arsenic, especially if it is allowed to oxidize, will lead to arsenic poisoning if handled incorrectly. 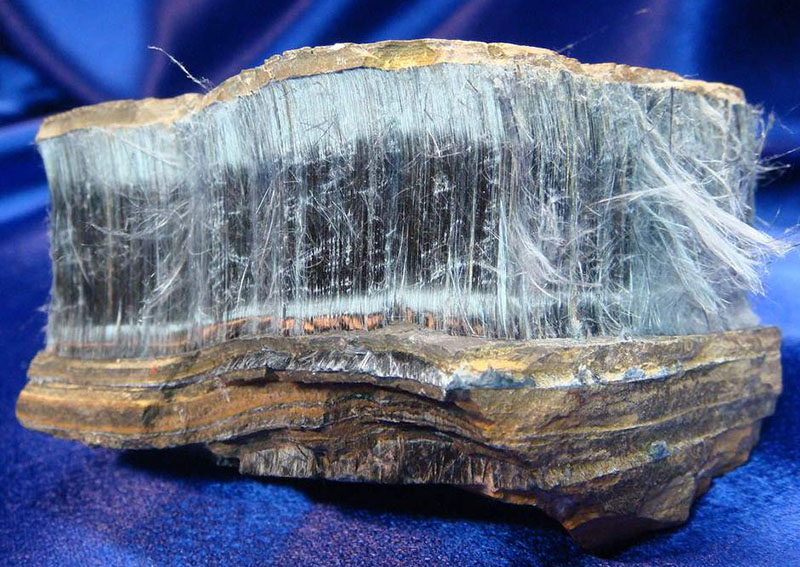 The finely fibrous variety, known as Crocidolite, usually originates from altered metamorphic rocks. It was once widely used for a variety of commercial and industrial applications thanks to its strong, fire-resistant, and flexible nature—from ceiling tiles and roofing materials to flooring and thermal insulation. The fibers can cause lung cancer, mesothelioma, and asbestosis. 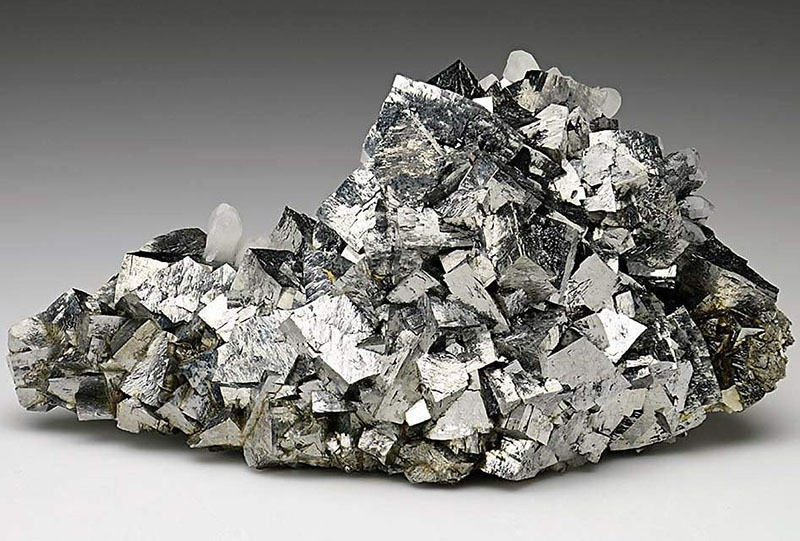 Arsenopyrite is an iron arsenic sulfide with a brilliant steel metallic color often found in hydrothermal vents and pegmatites. The arsenic leads to a number of environmental and human damages and can sometimes be associated with gold deposits. Oxidation of arsenopyrite leads to soluble arsenic in water and subsequent acid mine drainage.