The most dangerous creature on the planet isn’t a shark, a lion, or a snake. It’s a mosquito of the genus Anopheles, which carries Malaria that kills 725,000 people every year, says Joseph M. Conlon, technical advisor for teh American Mosquito Control Association.

Mosquitoes are small, midge-like flies which comprise the family Culicidae. Females of most species are ectoparasites, whose tube-like mouthparts (called a proboscis) pierce the hosts’ skin to consume blood.

The bites are small, but the diseases these bugs can spread can be serious or fatal. Prevention is the best medicine. “Don’t let yourself get these diseases,” Conlon warns, “because science has a hard time curing them.” There are 3,500 mosquito types worldwide, but the following are the particularly dangerous ones. 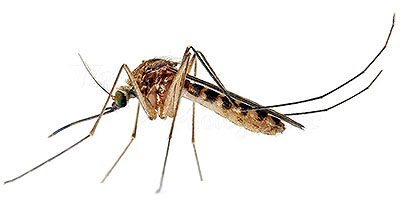 Genus: Culex (includes the Southern and Northern house mosquito)
Found: Worldwide
Carries: West Nile Virus
Bites: Dawn and dusk. It’s most likely the one you hear buzzing around your head in the evening. 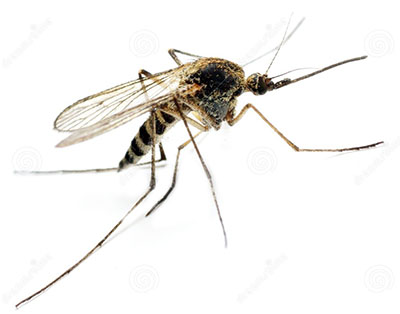 Genus: Anopheles (includes the Eastern and Western Malaria mosquito)
Found: The U.S., Central America, and other spots worldwide.
Carries: Malaria
Bites: At night. Known to live indoors. People in areas with Anopheles mosquitoes should sleep under a bed net. 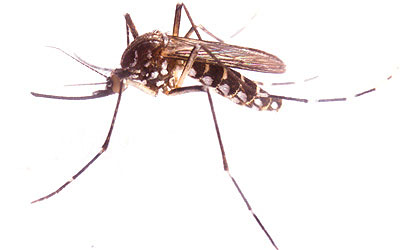 Genus: Aedes (includes the Asian Tiger mosquito)
Found: Mostly in the tropics and subtropics where the average winter temperature is 50 degrees or higher.
Carries: Zika Virus, Dengue Fever, and Yellow Fever
Bites: Both day and night. Known to live around humans and to feed on lower extremities. Unusually aggressive.